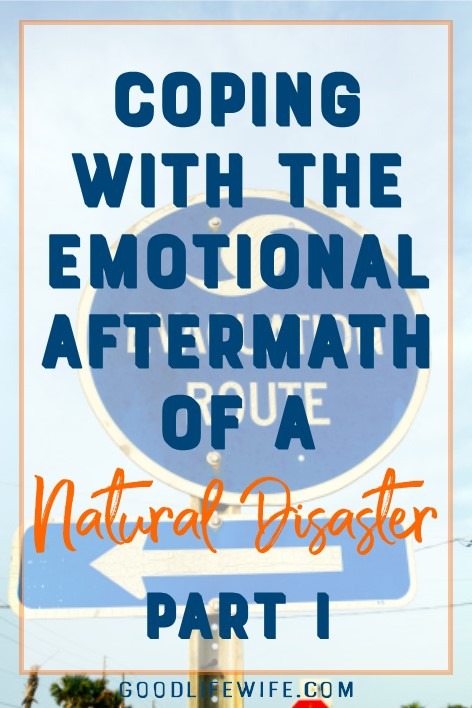 Coping with the emotional aftermath of a natural disaster is a long and intense process.  It’s been 19 days since Hurricane Florence barreled ashore in Wilmington, North Carolina.  This was a record setting hurricane and dropped as much as 35 inches of rain in some parts of the state.  Florence also brought at least seven tornados with her, wreaking more havoc. But the worst was yet to come.  Massive river flooding  has displaced thousands.  Here’s my story.

Is it Really a Hurricane?

Worrying about a hurricane starts before the storm ever gets to you.  You see a tropical cyclone forming way over in Africa and all of the weather people start hyping it.  I try not to even pay much attention at that point.  It’s really just too early to tell.  So when the news started talking about the potential Hurricane Florence on August 30, I barely noticed.

After it get’s about half-way across the Atlantic, the news intensifies.  The scientists have a much better idea of the projected path and are more able to narrow things down.  Still, a lot can happen:  a hurricane can downgrade, change course or just peter out all together.  Florence intensified and by September 4, it had earned “hurricane” status. 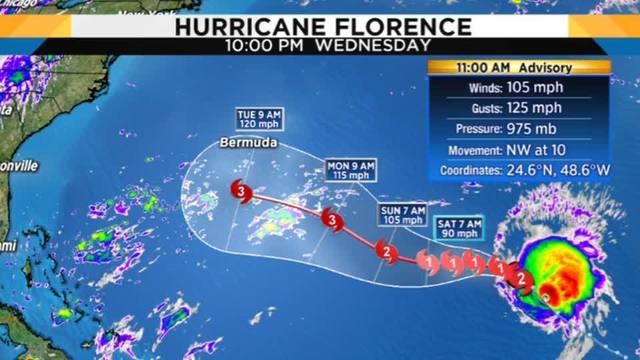 My mom flew in from Wyoming on September 4 to celebrate our birthdays.  She comes every year during September, which coincides with hurricane season, so we always joke that she brings a storm with her.  Mom has watched the PBS show, A Chef’s Life about Vivian Howard and her journey for years and had always wanted to visit her restaurant.  This year, I surprised her with reservations for September 14 at Chef & the Farmer. The restaurant is about an hour and a half from our house, so I decided to make a weekend of it and got us hotel reservations at the Mother Earth Lodge.  What a cute place!  I was beyond excited to treat mom to this fun trip!

That weekend, we had dinner out with friends to celebrate Mom’s birthday on the 7th and mine on the 8th.  We also did some hurricane shopping, which consisted of buying Vienna sausages, water, Cheetos and a couple of cans of green beans.  My heart really wasn’t in it because I was just sure this thing was going to go away.  I mean, Jim Cantore wasn’t here yet, right?

Should We Stay or Should We Go?

Sunday night, reality hit.  Florence had strengthened to a Cat 3 and was expected to be a Cat 4 by the next day.  Monday, we got word that we would be evacuating and started to prep.  We cleaned house as I read somewhere that you should clean super good before a hurricane because your house is going to get really stinky without power. Everything outside that wasn’t tied down was moved into the garage.  Hotel reservations were made in Charlotte, bags were packed, important documents were located and my big, heavy tote of pictures was by the stairs, ready to go.

Honestly, it felt kind of unreal at this point.  I still wasn’t ready to actually cancel our dinner reservations for that weekend.  Also, we had ordered a new mattress and it was scheduled to be delivered on Tuesday, sometime between 11:00 and 3:00.  I told John that we would wait for the mattress and then go.  Denial, much? 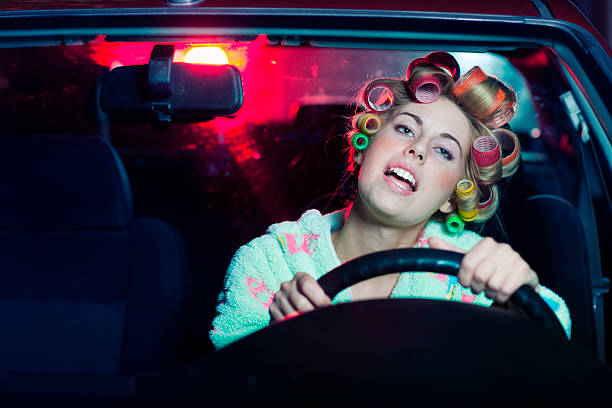 By late Monday, we got word that school would be cancelled for the rest of the week.  Tuesday morning, I woke up at 5:30.  All of the sudden, I knew that Florence was coming and that she wasn’t changing her mind.  I made coffee then got in the shower and began the lengthy process of getting ready and blowing out my hair.  I didn’t want to be stuck in traffic on the highway and be on the news looking like the wrath.  By 8:30, I decided we couldn’t wait for that mattress so I cancelled delivery.

We packed up the truck and my van while Mom packed all of the food she could into coolers.  I made sure we had plenty of beer, wine and bourbon to see us through this ordeal.  At the last minute, John decided we should bring one of Karly’s fish tanks.  Regular fish can eat food tablets while you’re gone but betas can’t.  Aaron the beta  was packed in a tote and carefully situated in the backseat of the truck.  John and Karly would ride together and Mom, Daisy (our 75 lbs. dog) and I would be in the van.

At this point, the hurricane was a category four strength, meaning 130-156 mile and hour, sustained winds.  Florence also carried a 21 foot storm surge.  While we live about a mile away from the water and I wasn’t really worried about flooding, I was pretty nervous about those winds.  When I walked out of the house, I truly didn’t know if I would see my beautiful home again.

By 9:30, we were on the road.  You hear horror stories about the crazy traffic during an evacuation, so we were prepared with extra gas and water.  I also made sure everyone wore sneakers instead of flip flops in case we had to walk for any amount of time.  At first, I wasn’t going to wear the beautiful, new Adidas sneakers that John got me for my birthday ’cause I didn’t want to get them dirty, but I just couldn’t bear not wearing them.  If you’ve been reading along at Good Life Wife, you’re aware of my thing for shoes, so it seemed super important at the time.  While we were expecting the worst, the trip to Charlotte was completely uneventful and the traffic wasn’t bad.

We got to Fort Mill, South Carolina, a suburb of Charlotte, about 2:00pm.  We checked into a brand new Townplace Suites.  As we didn’t know how long we would be there, we ended up getting two rooms:  one for me, John and Daisy the dog and the other for Mom, Karly and Aaron the fish.  I’m going to take a minute and give a huge shout out to the amazing staff at the hotel.  These people welcomed us, and many other evacuees, with open arms.  Every single person on the staff was remarkable.

By that evening, Florence had been downgraded to a Cat 2, thank goodness.  This was a huge storm, more than 300 miles across, and when the outer edges hit land, it decreased the wind strength.  Unfortunately, it also slowed waaaay down.  This means that it would make landfall as a enormous, slow-moving hurricane. 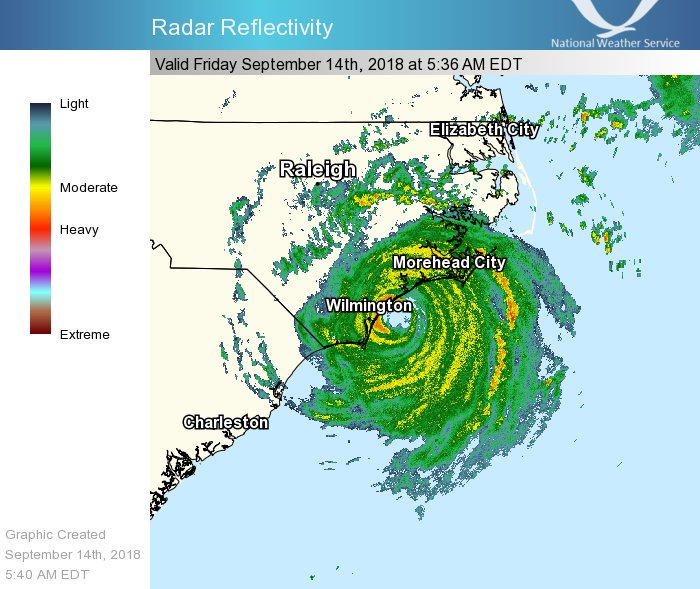 The storm continued to inch her way towards our home, finally making landfall as a Category 1 at Wrightsville Beach at 7:15am on Friday, September 14.  Many people in the area lost power about 3:00 am that morning.  While most people in our county had power restored in about nine days, some still don’t have it.  Our house only lost electricity for about 18 hours, so my worries about it being stinky were unfounded.  Oh, wait, did I mention that we cleaned out the fridge and freezer and there was raw chicken and oysters in the trash, which was inside of the garage?  Uh, yeah.

The stores were already empty from people prepping for the storm.  Now they would remain empty because trucks couldn’t get in.  It was almost impossible to find gas.  In fact, the next week, the water plant was threatened because they couldn’t get more fuel in to run it.  The vast majority of residents who stayed now had no power, bottled water, fuel, food and were about to be out of running water too.  Conditions were miserable to say the least. 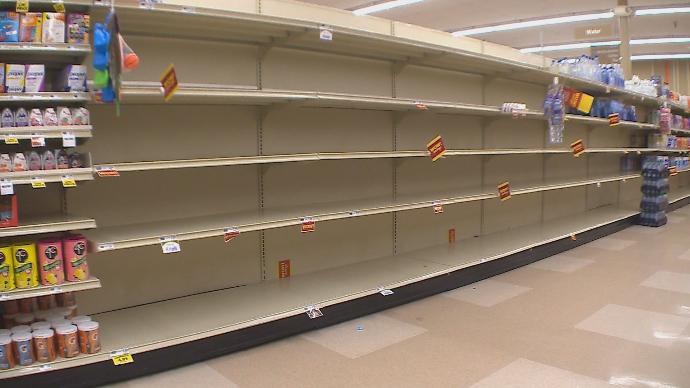 When Can We Go Home?

All the while, I’m living in a comfy hotel with great restaurants and shopping nearby.  Guilt, sooo much guilt.  We were incredibly worried about our friends and our community.  Amazing, kind neighbors braved the wind and rain on Sunday to send us pictures of the house so we would rest easy, knowing that it was all in one piece.  While I had been checking in with some friends every day, I hadn’t been able to get in touch with everyone.  I learned that one our Archery families had narrowly avoided a water rescue as Pender County to the north flooded.

Surely we would be able to go home Tuesday, right?  Nope.  Wednesday?  Uh uh.  Even after a few routes had been cleared to Wilmington, the Governor asked that evacuees stay put so that supplies, linemen and emergency workers could get in.  Many roads were flooded so people were reporting trips that should have taken three hours were taking eight, if they even made it through.  Finally, we were cleared to head out on Friday.

We had been asking our friends and neighbors if we could bring supplies to them but by this time, the stores were beginning to fill up again.  We did shop for a week’s worth of groceries to bring back.  I figured there would be enough people needing things without me adding to the problem.

When we checked out of the hotel Friday morning, I was a little teary-eyed.  I was anxious to get home, but I really enjoyed the people at the hotel and would miss them.  A fear of the unknown probably played a part as well.  I didn’t know how long it was going to take us to get home and I didn’t know exactly what I would find once I got there. 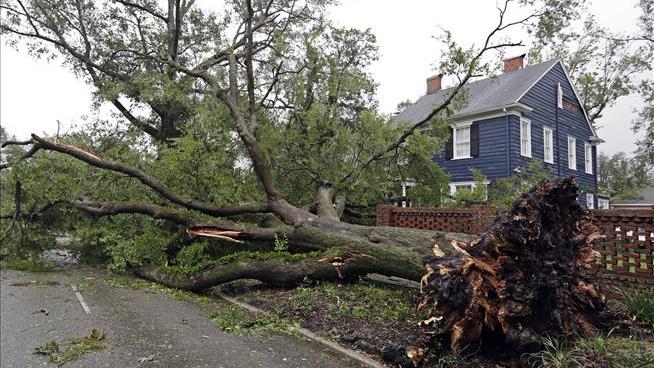 We had to take a few detours but it just took about an hour longer than normal to get home.  The destruction we saw as we drove through town was incredible.  Gigantic trees with roots as tall as me were down all over.  Roofs were gone, siding was missing, glass was broken.  I was shaken.

When we pulled up to the house, the first thing that hit was the smell.  OMG, we could smell rotten chicken and oysters with the garage door still closed!  John, being a true gentleman, opened the door and drug the trash out.  He then checked the house to make sure everything was okay before we came in.  Guess what?  Everything was.  A few shrubs were down, but John propped them up and they’re fine.

Our neighborhood seemed to be in kind of a bubble.  While a couple of houses did sustain major damage to their roofs from trees falling on them, the majority of us came through with no damage to speak of.  There was no flooding.  We are truly blessed.  But so many others were not so lucky. 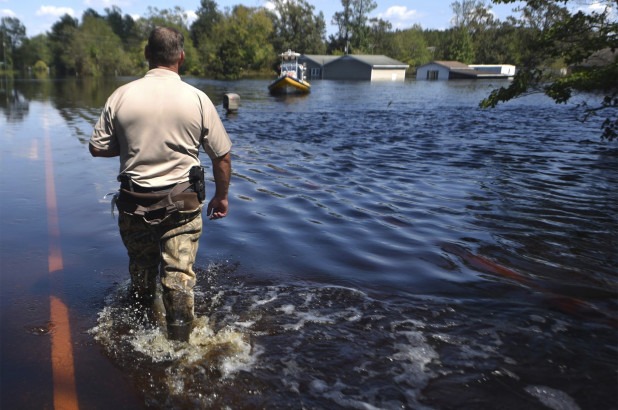 The need in Southeastern North Carolina is overwhelming. Thousands of people’s homes have been flooded and they can no longer live in them.  Many businesses have been closed for weeks and may never recover, thus leaving employees with no income.  People in rural areas are still struggling for access to basic supplies like food and water.

So this is my account of what happened.  In Part II, I’ll share some strategies for coping when everything around you is in chaos.  We’ll look at how to help without being overwhelmed by the emotions of others.  I’ll also tell you about the heroes I’ve seen and the beauty of people coming together.  In the meantime, count your blessings and love each other! 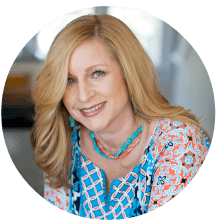 I’m Kim Mayo, and I'm so glad you could stop by. Are you having trouble getting your sh*t together? Girl, I got you covered! Take a look around and send me an email or leave a comment to let me know if you found what you needed or you need something else. Can't wait to hear from you!

Get Good Life Wife right in your inbox and access to the amazing free resource library!

Get all of the printables in the resource library and get busy winning at life!  Enter your email address below to subscribe to the weekly newsletter and get instant access.